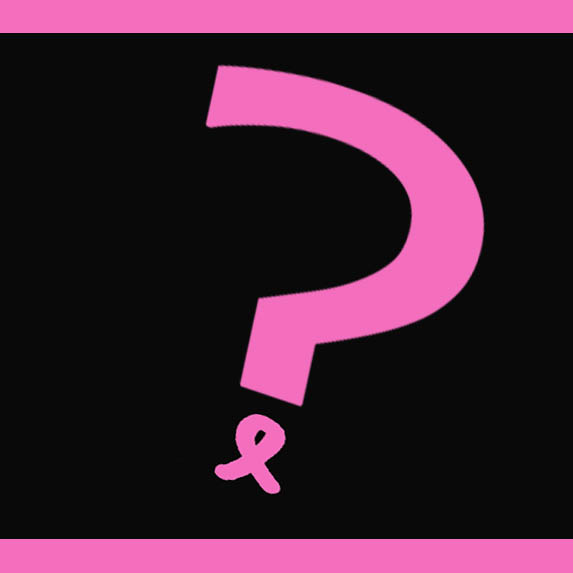 It’s October. If you live in a place where autumn brings changing leaves, the world is lovely hodge-podge of browns and yellows and oranges. If you’re a Halloween lover, you may be leaning into a palate of orange and black, with bruisy purples and bloody reds to round out the shades of the season. And if you set foot in an ever-increasing number of stores and restaurants in the United States, you will be welcomed with pink, pink, and more pink.

The pink ribbon for breast cancer awareness stands beside the yellow ribbon for veterans and the red ribbon for AIDS/HIV awareness as an icon of awareness-raising. October as the month dedicated to all things boob-protection-related predates the ribbon, but the first pink ribbons appeared in 1991 when the Susan G. Komen Foundation gave them to participants in their Race for the Cure fundraiser. They were adopted as the symbol of Breast Cancer Awareness Month the next year. The pink ribbon’s corporate tie-ins also began then, when Self Magazine and Estee Lauder partnered to give away thousands of ribbons, attached to laminated self-exam instruction cards, at their makeup counters.

Estee Lauder had a personal connection (the head of the company was a breast cancer survivor herself), and the company has given away millions of pink ribbons and donated millions of dollars to breast cancer causes. Since their successful 1992 campaign, breast cancer has become the cause du jour for companies that want to show their consciousness.  You can find pink everything in October. NFL players don pink. The White House has been pink-lit. Newspapers run comic pages in pink tones. This year, P.F. Chang has painted the horse statues in front of their restaurants. There’s more pink paraphernalia available in October than there are pumpkin-spice snacks. It’s all done in the name of raising money for breast cancer prevention, treatment, and cure research.

And, of course, it’s all about awareness.

Cause-related marketing is often seen as a win-win in which a company increases their positive reputation (and, directly or indirectly, their profits) and a charity gets donations they wouldn’t have otherwise received.  Even if a corporation doesn’t really care about the cause, the ends justify the means, right? More money for breast cancer prevention and treatment is always a good thing, right?

Before you buy that pink ribbon scarf-mug-journal-sneaker-vibrator (yes, really), pause. The pink ribbon is not a licensed image. That means it can be used at any time, by anyone, for any reason. Not every company that ties on a pink ribbon is actually supporting a tie-in with the cause. Of those that actually are, “a portion” of proceeds might be a lot less than you think it is, especially if the pink-mark-up is more than the amount they are giving. Breast Cancer Action is an organization that supports breast cancer patients and critiques the systems and organizations that profit from breast cancer treatment. They call this process of turning everything pink in the name of breast cancer pinkwashing. (#Pinkwashing on social networking will help you see how other organizations and individuals are critiquing Pink October and other breast cancer campaigns).

If you want Breast Cancer Awareness Month to be more than a cute campaign, here are a few things you can do to make it more meaningful.

October is winding down. If you care about breast cancer causes and you haven’t done anything to support them this month, never fear. Know what happens after October? Breast cancer. It’s never too late to do something that actually makes an impact.

And it’s totally up to you whether you wear pink ribbon undies while you do it or not.